We have known for many years that regular exercise improves depression, anxiety, low self-esteem, insomnia, fatigue, and other stress-related symptoms. Therefore, exercise is particularly beneficial for survivors of negative childhood experiences (ACEs) who frequently struggle with such symptoms.

Exercise increases the number of major molecules in the brain, such as the brain-derived neurotrophic factor (BDNF). Without exercise, these molecules tend to decrease with stress and aging. The master molecules together:

Irisin is a recently discovered hormone found in humans and animals. Irisin is produced by the muscles and possibly the brain during exercise. In animal studies, Harvard researchers found that irisin appears to increase neurogenesis, decrease inflammation, and keep brain cells healthy and functional.

Chronic, mild inflammation affects millions of Americans and is linked to brain damage, cognitive decline, depression, and many of the leading causes of death (including heart disease, cancer, and type 2 diabetes). The immune system normally mobilizes when it detects invading germs, toxins or tissue damage. However, for reasons unknown, the immune system may stay on high alert and begin attacking the body’s healthy tissues, including the brain.

Obesity is a risk factor for inflammation because fat cells produce chemicals that promote inflammation. What is an Important Tool to Combat Obesity? Regular training!

As discussed in a previous post, one of the problems with unresolved trauma is that stress arousal can stay too high or too low. In these extreme states, where the overwhelming urge to fight or to flee is, important areas of the brain go offline – such as the areas associated with clear thinking, rational language and feeling, with yourself, emotions and your own body to be connected.

Exercise helps bring arousal back to the zone of resilience, where it is neither too high nor too low and all brain regions work together again. This is accomplished either by expending the energy of high arousal or by reversing the immobilization of low arousal. The regulation of the arousal level in this way not only favors an optimal mood and function in the present, but also prepares the brain for the later processing and clearing up of disturbing childhood memories. In addition, exercise regulates the stress hormones that are suspected of promoting chronic, low-grade inflammation.

Experts consider exercise to be the most well-established method of increasing neurogenesis and a great way to increase overall wellbeing. Fortunately, small changes can be big benefits in just weeks or months. In one well-designed study, sedentary adults with mild cognitive impairment began aerobically exercising and eating healthy three times a week. After six months, the subjects showed a nine year reversal of brain aging. Studies also show that people in their nineties can increase muscle strength significantly in just two months. 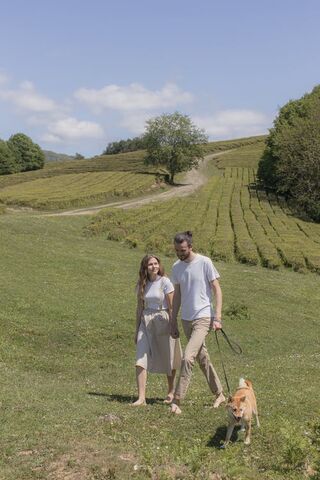 Of course, to be on the safe side, consult your doctor before starting any exercise program.

High-intensity interval training (HIIT) offers similar benefits to moderate-intensity training, but in about half the time. This makes HIIT attractive to people on the go.

There are different variations. A successful protocol with older adults simply alternated slow walking with fast walking for three minutes each, for at least 30 minutes most days of the week.

HIIT can be done in the water, on a treadmill, or on an exercise bike. Start slowly – maybe 15 seconds or less with high-intensity bursts alternating with rest periods of at least 30 seconds.

Do no more than two or three HIIT sessions a week, and allow two days to recover between HIIT workouts. On the other days, do low- or medium-intensity activities.

At some point in the future, you may want to find ways to calm down stressful old neural pathways and replace them with positive, uplifting pathways. Right now, exercise can optimize your mood and your ability to cope with present-day stress, while also preparing your brain to maximize neuroplasticity’s potential.

Exercise is clearly crucial to good mental health and a healthy brain. Aim for a satisfactory exercise plan that you can stick to for many years.